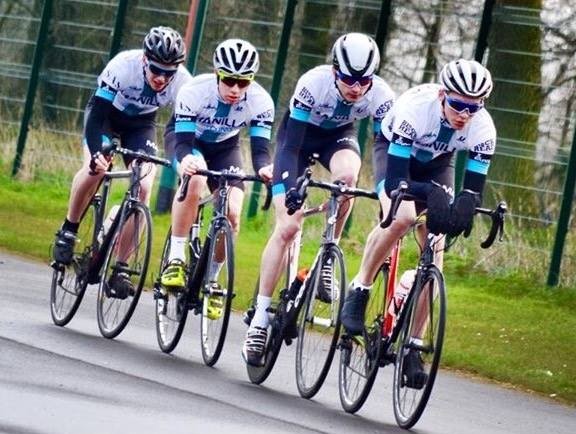 I’ve really enjoyed watching the progress of the Manilla Cycling Team during 2016 and, as one of their sponsors, playing a small part in their continued success.

Adam Brooks, who was promoted from Team Coach to Team Principal in May, has overseen the continuation of the great work done by his predecessor and team founder, Tony McDonagh.  Here’s Adam’s review of their busy 2016.

The team enjoyed a fantastic start to the season, with some outstanding performances in the Velo 29 Croft Winter Series, particularly for the junior riders, with Tom Hill and Ted Kane getting on the podium for the first time and youth rider Alana Prior taking back to back wins. 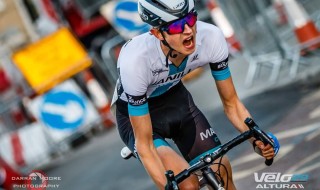 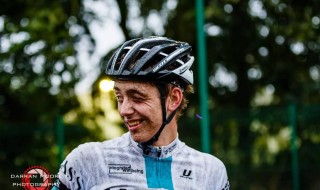 March continued to be a busy month with a strong team of both senior and junior riders heading to the Tour of Northumberland 2-day stage race.

Will Corbett and Robert Wallace both put in fantastic performances on day 1, finishing within the front group in very challenging conditions. Stage 2, with some particularly tough climbs, was tamed by Will Corbett, riding strongly at the front of the race before attacking on the final lap and taking the stage win and securing the overall victory on General Classification as well.

April started with some amazing performances from the Manilla ladies with Alana Prior taking a great stage win at the Youth Tour of Scotland and Nikki Metcalfe taking 2nd at the Prologue Criterium Series in York. Junior riders Robert Wallace and Ted Kane rounded out April with an excellent 2nd and 3rd place at the Westmorland Tankard Road Race and 1st and 2nd junior prizes. 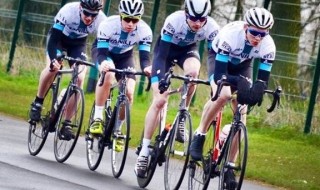 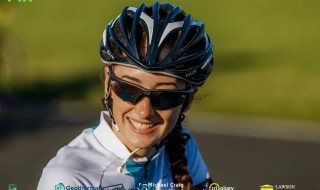 Moving into May, Nikki Metcalfe continued to fly the Manilla flag in the ladies races, taking 3rd place in three criteriums.

Will Corbett, Robert Wallace and Joel McGlynn began to combine well at the PTR/Speedflex Summer Series with Will taking a 2nd place before Joel recorded a fantastic win for the team a week later.

Joel continued his fine form with an excellent 2nd place at Round 2 of the iMann Trophy in Northumberland, and Robert then closed out May by taking the win at the evening criterium.

June was the month of the Regional Championships, with riders all over the country competing in their home regions and vying for the crowns of regional champion.  Alana Prior stepped up and took the win at Hetton Country Park, making her North East Youth Girls Regional Champion.

Stand-out performances over the summer included youngsters Will Corbett and Alana Prior both taking a number of wins at the Croft Tl Series, with Nikki Metcalfe taking the overall series victory for the ladies. Our Time Trial specialists also began to set some cracking times with an interesting inter-club battle between Craig Carruthers, Nik Parker and Adam Jarps, all setting new PBs along the way. Our female Time Trialist Pam Greer also got in on the action recording a number of victories. 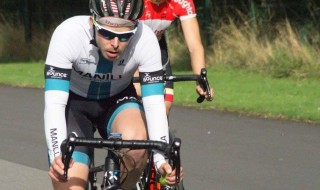 Craig Carruthers won the final Round of the iMann Trophy races in Northumberland, against a quality field of riders, and Will Corbett continued his excellent form throughout July taking numerous podiums in the local criterium series.

Youth rider Alana Prior once again showed her class taking an unbelievable 3rd place and bronze medal at the National Youth Criterium Championships.

As summer came to an end the young junior riders demonstrated their talent with Ted Kane grabbing a podium place in the Speedflex Summer Evening Series. New signing Adam Jarps started his Manilla Cycling career with a superb 2nd place at Ouesburn Valley Cross before putting in a sterling performance a week later, setting the fastest time at the Scottish National Youth Time Trial Championships.

The close of the 2016 season marks the start of an exciting time for the team with the launch of an Under 23 Academy for 2017 to provide a pathway to support the development of young riders to compete at a higher level.

And for the cyclists amongst you, check out my post-ride cool down yoga stretches article from earlier in the year! 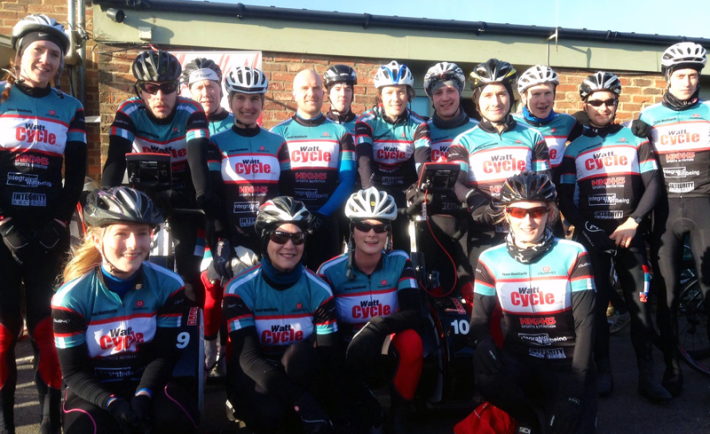 Here at Integrated Wellbeing, we’re proud to be one of the main sponsors of both the men’s and women’s road racing cycling teams at Team WattCycle for the 2015 season.

We hope you’ll share our support for them as the season unfolds and we’ll be posting regular updates on the site and through social media throughout the year.

The team are still the new kids on the block, having formed in time for the 2014 season, initially to compete in the men’s North East regional series as Manilla Cycling. With a combination of single-mindedness and enthusiasm, music PR guru Tony McDonagh got a small group of fellow cyclists together to practice on dark, wet November nights and persuaded them to form a team. There was nothing to lose. 12 months later, as North East Regional Champions and with a brand new women’s team joining the group under the watchful eye of experienced international rider Karen Poole, the group has both a national and a regional team and expectations are considerably higher.

“It’s fair to say plenty of people in the region couldn’t wait to see us fail and our debut at the Croft Race Circuit only served to fuel other teams’ laughter aimed at the team. Riders who knew nothing of us quickly dismissed us.” Tony McDonagh, Team Manager

After a bleak opening day with just a single 34th place finish in the All Category race and an 8th place in the lower-level Category 4 group, the team had registered a mere 2 points. On the Monday after the race Tony arrived in the office to an email from the head of a rival team mocking them. His words became the best possible team talk! 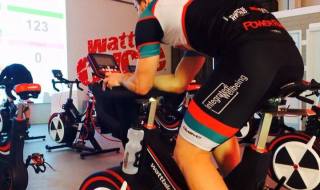 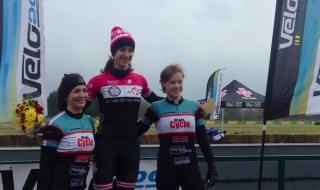 Out of adversity, the team spirit grew in leaps and bounds. Minds were focused. Training increased. From hearing Tony’s account of that first season and following their progress as a supporter, I sense that they were helped, perhaps without knowing it, by one of the cornerstones of mindfulness: being present in the moment. Earlier race results didn’t matter. What might happen in future races (and at the season end) didn’t matter. Nothing was expected of them save for being fully focused on the race, moment by moment.

I’m looking forward to joining up with the team soon to underpin the idea of mindfulness helping athletes to focus on the job in hand; and now that former Tour de France winner, Bradley Wiggins, has stressed the importance of yoga to his training, I’m hoping to persuade a few of them to roll out a mat too!

I’ll be posting more about yoga for those of you who participate in sport at all levels over coming months, starting with “Yoga For Sport: Bend It Like Wiggins” here in the Integrated Wellbeing Body Matters resources.

Read more about the guys and girls of Team Wattcycle at www.wattcycle.co.uk and the Manilla Cycling Club at www.manillacyling.co.uk

And hear me chatting with Team Manager, Tony McDonagh, and Head Coach, Adam Brooks, on the “On Yer Bike” radio show podcast Volume 4 at http://southsidebroadcasting.podbean.com/e/on-yer-bike-vol-4/

Now … time to oil that chain and dust off that saddle!

With love and wellbeing wishes,

I would thoroughly recommend Chrissie for hypnotherapy and life coaching.  I have been struggling to lose weight for some time and knew that it wasn’t just knowing what to eat that provides success.  Chrissie helped me with visualisation techniques, showing me how to overcome problems in everyday life in a different way, so as not

I would thoroughly recommend Chrissie for hypnotherapy and life coaching.  I have been struggling to lose weight for some time and knew that it wasn’t just knowing what to eat that provides success.  Chrissie helped me with visualisation techniques, showing me how to overcome problems in everyday life in a different way, so as not
http://www.integratedwellbeing.co.uk/testimonials/la/

Chrissie supported me during a difficult personal time … as a result I am now the person I have always wanted to be.

Chrissie supported me during a difficult personal time … as a result I am now the person I have always wanted to be.
http://www.integratedwellbeing.co.uk/testimonials/wow/

Chrissie came into my life like a ray of sunshine and turned me around in a very short time.  I feel blessed to have found her.

Chrissie came into my life like a ray of sunshine and turned me around in a very short time.  I feel blessed to have found her.
http://www.integratedwellbeing.co.uk/testimonials/great-stuff/

I was able to more clearly understand my feelings and move on to a happier time in my life – without Chrissie’s help, this would not have been possible.

I was able to more clearly understand my feelings and move on to a happier time in my life – without Chrissie’s help, this would not have been possible.
http://www.integratedwellbeing.co.uk/testimonials/testimonials/

During our sessions I felt listened to, and left the sessions with both calm and purpose.

During our sessions I felt listened to, and left the sessions with both calm and purpose.
http://www.integratedwellbeing.co.uk/testimonials/testimonial-jw/ 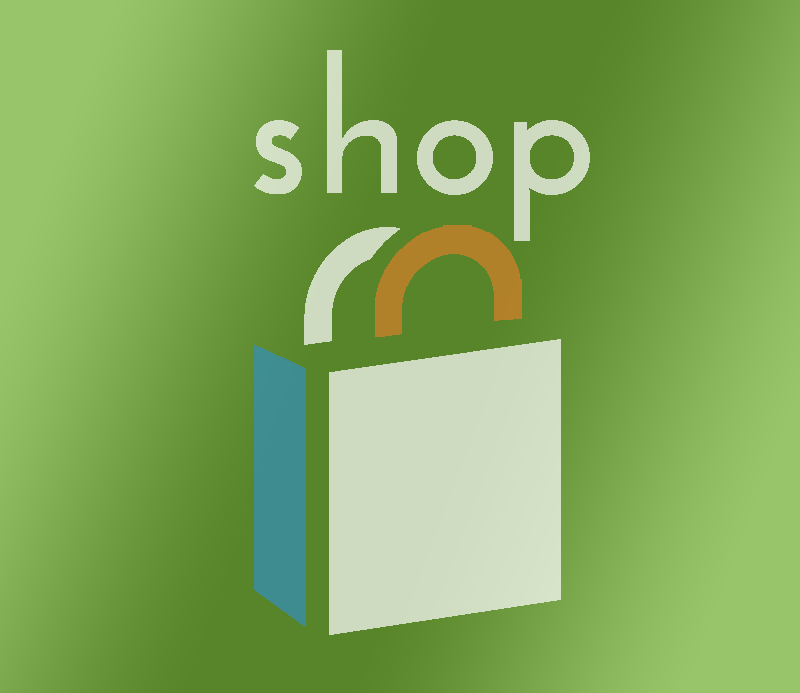